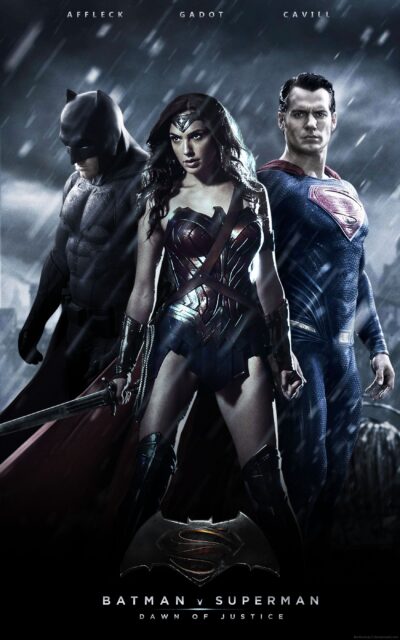 When I saw the first trailers for Batman v Superman: Dawn of Justice, my reaction was, basically, “That looks as much like a sequel to Watchmen as it does a sequel to Man of Steel.”

To be clear, by Watchmen, I’m referring to Zack Snyder’s 2009 movie based on Alan Moore and Dave Gibbons’ 1986 graphic novel, not the graphic novel itself.

It wasn’t just the visual style of Snyder that prompted me to make the connection between Batman v Superman and Watchmen. It was the thematic ground. The limitations of power and who wields it. And whether or not the infinite power of super-heroes can be chained or controlled.

A few years after the Watchmen film, DC Comics published the Before Watchmen project, a series of mini-series focusing on the characters of Watchmen, fleshing out the world of the graphic novel a bit. But Before Watchmen was left unfinished; the announced Before Watchmen: Epilogue special never materialized.

When I finally saw Batman v Superman: Dawn of Justice: Dawn of Justice, maybe because I was already thinking of BvS as a spiritual sequel to Watchmen, I found it was very easy to imagine the two movies, Watchmen and BvS, connected in exactly that way.

Bruce Wayne, aged about fifteen, remembers the devastation that Dr. Manhattan (apparently) unleashed on New York City. Metropolis and Gotham become the cultural and financial capitals of the United States due to New York’s widespread devastation. Kal-El comes of age in Kansas. His father cautions him not to use his powers out of fear for what Dr. Manhattan wrought. Bruce Wayne, when he trains to become Batman, trains with Dan Dreiberg, better known as Nite Owl II. Watchmen can, in unexpected ways, fit and function as backstory to Batman v Superman.

It appears that I was ahead of the curve with my idle thinking. Geoff Johns of DC Comics was also thinking in that direction — in the DC Rebirth Special, out next Wednesday, Johns explicitly ties the world of Watchmen to the DC Universe:

[In] a comic full of big moments, there’s one that will stand out above the rest — namely, that the malevolent force that has stolen 10 years from the DC Universe (and murdered Pandora, the symbol of the New 52, in a particularly subversive jab) is none other than Watchmen‘s Dr. Manhattan. When you read it, you might feel the air leave you, and it might be one of the smartest bits Johns has come up with since Sinestro Corps War. Of course the cynicism of the DC Universe began here — and the only way to counteract that is to call out the “world’s greatest graphic novel” for its sins. It serves to both heighten the stakes tremendously, as Johns taps into DC’s final frontier, but also serves as a great bit of metacommentary.

That strange howling sound you hear is undoubtedly Alan Moore, shouting at the top of his lungs from Northamption. (Moore is famously bitter at DC Comics; he feels that they stole Watchmen from him.) The publication of Before Watchmen was famously controversial; the weaving of the world of Watchmen into the history of the DC Universe will undoubtedly be a controversial development.

Frankly, I’m fine with this. There are no sacred cows in literature. 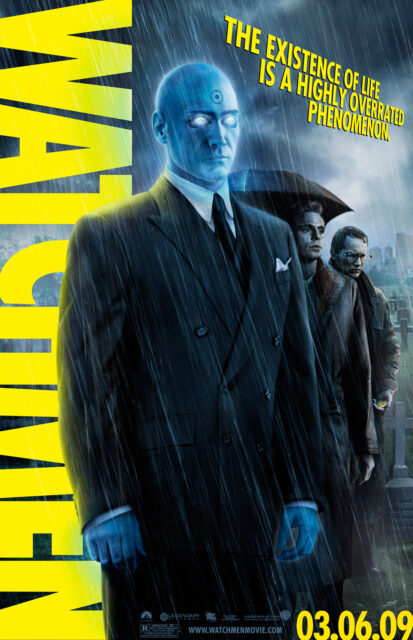 I want to see how Johns and DC develop this idea, that the DC Universe co-exists with the world of Watchmen. I’d love to see a throwdown between Darkseid and Dr. Manhattan. I’d love to see a story in which the Minutemen team up with the Justice Society. (Get Jerry Ordway to draw it!) I’d love to see Ozymandias and Ra’s al Ghul match wits in the 1970s and 1980s. I’d love to see the Watchmen generation of heroes as an interim age of heroes between the Golden Age and the modern age.

I’d been thinking of things like this, either as an Elseworlds or as backstory to the DC Universe movies. But this is now the reality of DC Comics going forward. I see genuine potential. The old fannish instinct, to tie together things that were never, ever meant to go together into one tapestry, comes to the fore.

This is exciting stuff. Roll on Wednesday. I cannot wait to read the DC Rebirth Special. 🙂