On Halloween, I usually watch a Dracula movie or two. Sometimes I’ve watched the classic Universal Dracula or one of its sequels. Last year, I watched the first Hammer Dracula film, Horror of Dracula, with Peter Cushing and Christopher Lee.

In the run-up to Halloween, I couldn’t decide which one I’d put in the DVD player. I briefly considered Van Helsing, but I last watched that four years ago and thought it remained a deeply terrible film. I thought about NBC’s Dracula, but that’s a ten hour investment and I need my sleep. Then, a discussion on Facebook recently put The Batman vs. Dracula in mind. I bought it on DVD when it came in 2005, but I never watched it. I’d never gotten around to it at the time, and in the years since I’d pretty much forgotten that I even had it. Here, then, was a “new” Dracula film for my Halloween, and I went through my boxes of unpacked DVDs in search of it. 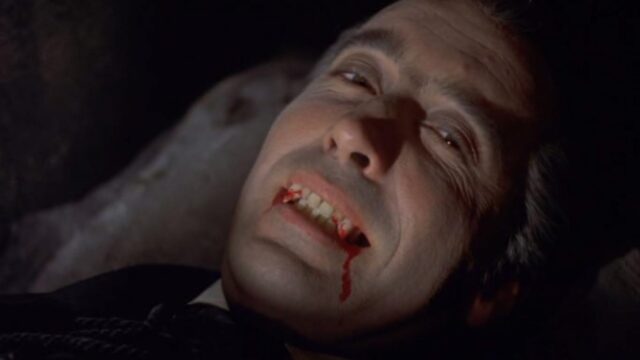 For Halloween, I gave out maybe two dozen comic books. It was chilly and it was boring, and once trick or treating was over I went inside and put Horror of Dracula (the American title of the first Christopher Lee/Peter Cushing Dracula movie) in the DVD player. (As an aside,…

The Batman vs. Dracula is based on an animated television series, The Batman, that I’ve never seen. It aired about a decade ago and ran for a couple of seasons. It wasn’t connected to the DC Animated Universe of Bruce Timm that ran from Batman: The Animated Series through Batman Beyond and Justice League to Justice League Unlimited. This series had very different producers, with different character designs and different voice actors. I’d heard that The Batman was geared toward younger audiences.

In the comic books, Batman tangled with Dracula twenty-five years ago in the Doug Moench/Kelley Jones original graphic novel, Batman/Dracula: Red Rain. In that story, Dracula begins converting Gotham City’s homeless population into vampires, and Batman teams up with another vampire to defeat Dracula, which Batman does, but at the cost of his own humanity — Dracula turns Batman into a vampire in a final act of vengeance. I doubted that this animated film would have much in common with the graphic novel, except for the presence of the two titular characters.

The Batman vs. Dracula is a bit different. Dracula was, for reasons left unexplained, transported to Gotham City after the events of Bram Stoker’s novel Dracula and buried in a crypt in Gotham’s catacombs. The Penguin, after an escape from Arkham Asylum (that appeared to result in The Joker’s death), stumbles into the catacombs in search of a treasure he heard about from another Arkham inmate and finds, instead of the treasure, the desicated remains of Dracula. But a drop of blood from the Penguin’s hand lands on Dracula, reviving him, and he breaks free from his bonds and begins to amass an army of undead followers. 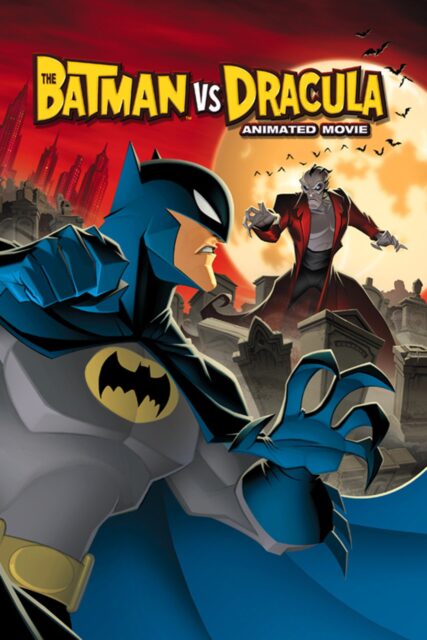 Meanwhile, Bruce Wayne is about to unveil Wayne Industries’ newest invention, a solar power collector. Dracula, seeking to become Gotham City’s new overlord, crashes the party at Wayne Manor where he meets Wayne and his date, Vicki Vale. Batman comes to realize that Dracula is a vampire and the root cause of a mass of disappearances throughout the city, but Gotham City’s police believe that Batman is the villain and begin to hunt him down. After an initial encounter with Dracula that ends with him badly beaten, Batman begins to experiment on a way to cure vampirism and he finds a way to successfully cure The Joker, one of Dracula’s victims and not dead at all. Armed with his cure for vampirism, Batman proceeds to Dracula’s lair in the catacombs in a desperate mission to cure Gotham City’s missing population of their vampirism and rescue Vicki Vale from Dracula’s clutches.

I didn’t have any expectations of The Batman vs. Dracula going in. I quite liked it! For an animated film aimed at kids it was surprisingly dark. The story held together, and while there were a couple of dangling niggles (why was Dracula interred in Gotham? why didn’t Vicki Vale’s necklace, a family heirloom, figure in the conclusion?), overall I felt it was satisfying. The violence is brutal; there’s no blood but Batman gets thoroughly beaten in his first encounter with Dracula, and Batman’s battle with the vampire Joker in a blood bank is destructive and bruising. The vampire feedings aren’t especially bloody; it’s all handled off-screen, which actually amps up the horror because it’s not visible and leaves more to the imagination. And Dracula’s draining Vicki Vale of her life force visibly ages her. The result is something that’s not as graphic as, say, NBC’s Dracula of a few years ago, but it’s definitely more graphic than the classic Bela Lugosi film or Hammer’s Horror of Dracula.

As I’d never seen The Batman, I didn’t know what the “look” of the film would be like. The designs clearly aren’t like those of Batman: The Animated Series, nor was the film’s style anything like that, but I felt that, in context, it worked. The art deco stylings of Batman: The Animated Series had their place, and this was a different story, just as in the 1990s DC Comics could publish Batman comics drawn by Jim Aparo and Norm Breyfogle in the same month that looked and felt very, very different. There’s room for different interpretations of Batman. This was a younger, less experienced, even romantic Batman. I felt this interpretation worked.

I probably won’t run out and watch The Batman, but on its own terms, I enjoyed The Batman vs. Dracula. It wasn’t a bad Halloween choice at all.