Facebook reminded me yesterday morning that I went to Washington, DC six years ago — July 4, 2014 — for a Washington Nationals game and A Capitol Fourth.

That trip provided me with one of my most-trafficked blog posts of the past decade on why I didn’t stand for “God Bless America” at the Nationals game. It’s not something I do. It’s a choice.

I scrolled through the photos in my Facebook album, and I saw this was the first time I walked past Christ Church on G Street. John Philip Sousa attended that church. I suspect that my great-great-grandfather and his family did as well, at least for a time, as they lived on 6th Street in the 1860s. 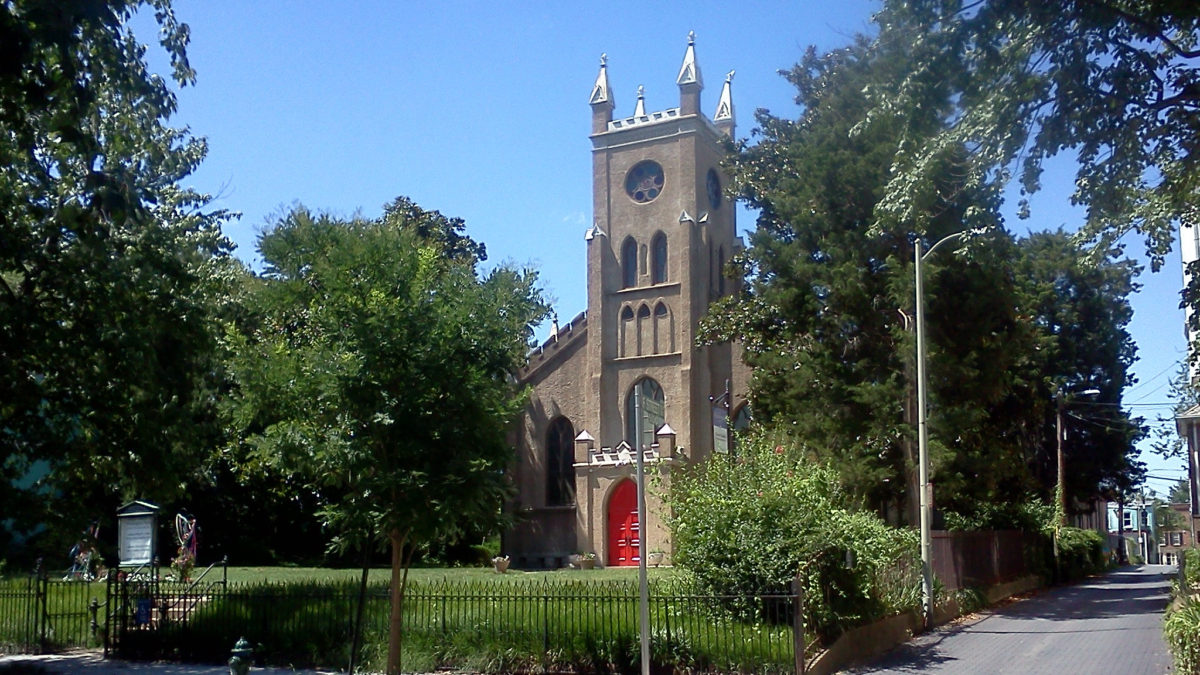 The intriguing thing in my Facebook album, though, were two photographs I took at Congressional Cemetery that showed family sites that I didn’t yet know about.

Let’s take a look at one of those photographs from 2014. (The other isn’t very interesting.)

As a Sherlock Holmes fan, a headstone that read “Reichenbach” instantly caught my attention. Reichenbach, as in the Falls, where Sherlock Holmes and James Moriarty met in their fateful confrontation in “The Final Problem”! I stopped, took this photo, thought nothing of it, and shared it on Facebook the next day with a silly caption that there was no sign of Moriarty here.

Looking at it today, with another six or seven visits and more genealogical knowledge, I saw entirely different things.

But then I got confused. Where was Marion Barry, former mayor of Washington? I should be looking right at Marion Marry. He should be, from my vantage point in 2014, to the right of the obelisk directly in front of me, between me and the road.

Once I looked on Wikipedia and saw that Marion Barry was not dead yet — he died in November 2014 — suddenly it all made sense. Along the road I can see the backs of Chambers and Welch (moving left to right) next to the wide open area where Marion Barry is now, and then the base of Thomas Hardy’s headstone (shared by his wife, daughter, and son-in-law) can be seen behind the tree.

Ella has no stone, and her husband’s stone is difficult to find, as it’s mostly sunk into the ground, so I can’t point to a spot and say, “That’s where they are.” You can see another row passing behind the obelisk in the middle, and they are beyond that, just a little bit to the obelisk’s left midway between where it crosses the road and its cap.

I have no idea what the big red thing behind the obelisk is, as there’s no structure like that in that part of the cemetery.

Here’s a photograph from 2017, that shows Thomas Hardy’s headstone along the road. 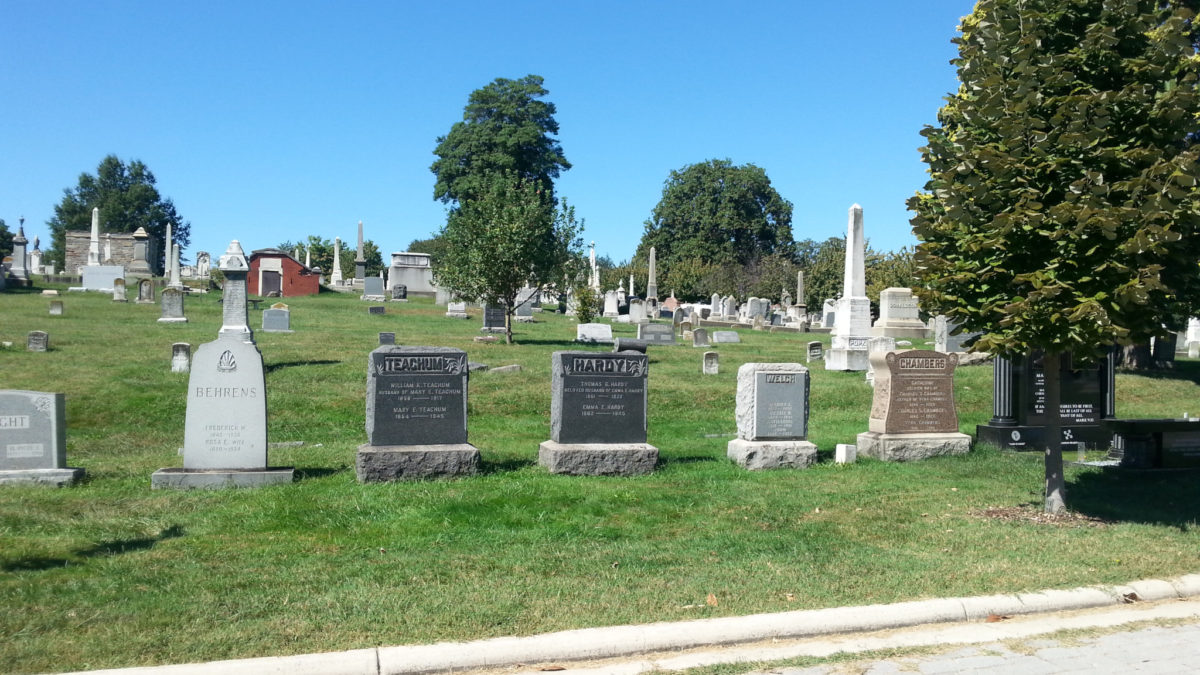 My vantage point for the 2014 photo was behind the tree that’s in the center. The Reichenbach stone can be seen, though not well; the low branch that extends to the right from the trunk crosses it.

The tree along the road had just been planted in the 2014 photo. And you can see Marion Barry’s site. (Google Maps, in its satellite view of Congressional Cemetery, used to show, and may still, an image of the cemetery when Barry’s grave is either being excavated or his monument installed. It’s hard to tell. I couldn’t figure out what was going on there; today it all “clicked.”)

The Hardy and Teachum stones are identical because Mary Teachum and Emma Hardy were sisters.

One unfortunate thing about the Facebook memory from this trip is that my photo album showed my lunch that day:

I don’t know about you, but I could really go for a La Lomita burrito right about now. Maybe when this cruel plague is over…