In today’s mail, I received a package of Christmas cards from the National Cathedral. 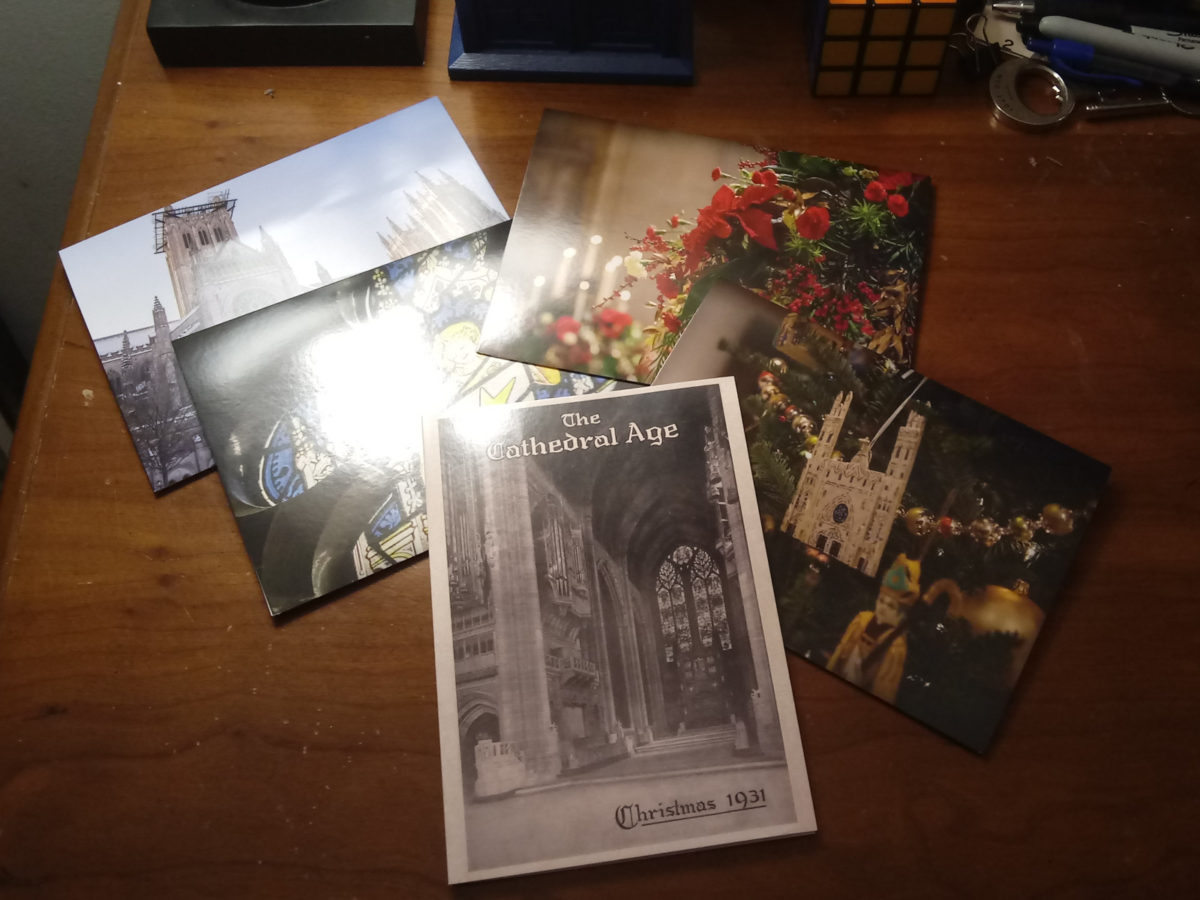 They’re asking for money. I get packages like this every year from charities like the Alzheimer’s Association and Colonial Williamsburg. This is the first year I’ve been on the National Cathedral’s list. It’s a little strange, yet also cool, that this atheist has become a “friend of the cathedral.”

I did, of course, visit the Cathedral a few days before I landed in the hospital when I lost my vision, and I’d hoped to visit again this year (alas, COVID!) to add more bricks to the LEGO National Cathedral. Maybe next year. Or the year after.

In any event, these are lovely cards, and I’m deeply touched to receive them. Will I use them? I have no idea. I realize it is mid-November, but this year has been such a year that I haven’t even given Christmas a thought.