For reasons I’m disinclined to share, I went on a somewhat unplanned road trip this weekend to Virginia.

I use the word “somewhat” as I had a few hours to prepare for it, so I burned a few mix CDs for the drive and planned a trip that would take me through Richmond because I wanted pancakes.

Those are the Banana Nut Pancakes from Aunt Sarah’s Pancake House on Broad Street in Richmond.

When I was a student at the University of Richmond, there was an Aunt Sarah’s further out Broad Street closer to the campus, but that one closed, maybe around 2008. When my travels have taken me through Richmond ever since I’ll try to stop by Aunt Sarah’s in case they’re open.

My plan, such as it was, was to be at Aunt Sarah’s when they opened at seven. Due to two accidents on the Capital Beltway, one of which closed all four lanes (traffic diverted onto an entrance ramp), I ended up not arriving in Richmond until eight.

I was waited on by the waitress who has waited on me several times before. Indeed, I feel like she has always been my waitress whenever I’ve stopped there. (The last time I stopped by Aunt Sarah’s, by the way, was two years ago.)

Then I was back on the road.

As I neared Charlottesville on 64, I could see mountains growing in the distance. I was reminded of Bilbo’s exclamation from The Fellowship of the Ring — “I need to see mountains again, Gandalf. Mountains!” And in Nelson County, I stopped to take some photos.

Monday, I headed back to Pennsylvania, and since it was a nice day I decided to be leisurely about it.

I wanted to take the new Beetle up into the mountains. I wanted to see how it handled on some of the hairpin turns.

I decided, then, to leave Lynchburg by 501. That would take me across the mountains. I could catch Interstate 81 there, take that up to Harrisburg, and then back down 83 to York.

Plus, since they were open (and would be through Labor Day), I could stop at the Green Valley Book Fair in Mount Crawford on the way.

I stopped along 501 in Bedford County and took a few pictures of the James.

501 was, all things considered, not the most efficient way of leaving Lynchburg. For one thing, the road was under construction around Big Island. I won’t say that I was impatient, as I had nowhere I needed to be with any urgency, but the more I drove 501 before crossing the James, the more I felt that this was a very pretty route that was a very slow way to go.

Once across the James, the road took me up into the mountains.

And the Beetle handled very well on the hairpin turns.

I stopped at the pulloff on the downside in Rockbridge County. 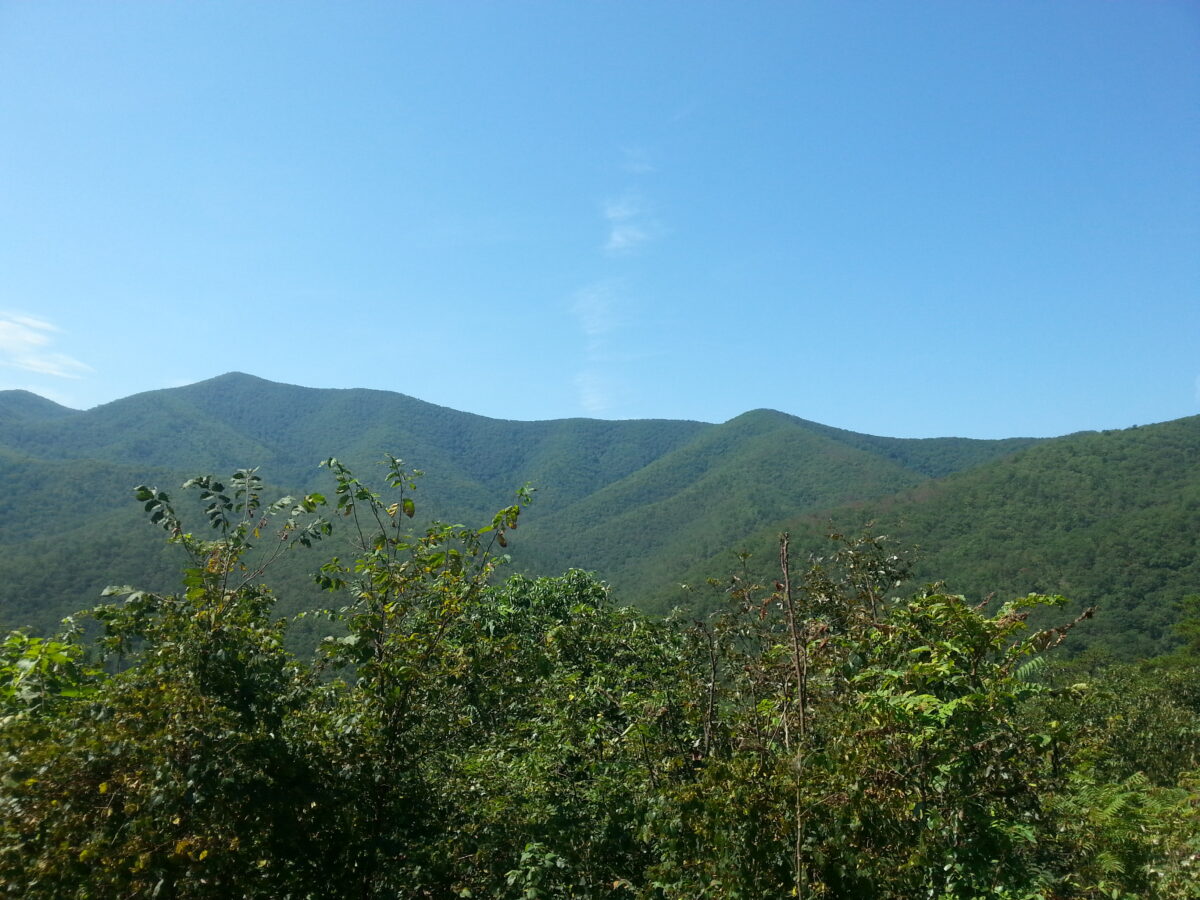 I missed the turnoff to Glasgow and Natural Bridge, which was how I had intended to go, and ended up stopping in Buena Vista for lunch. It was, I realized, the first time in over a decade I’d had lunch at a Hardee’s.

In truth, I was never much of a Hardee’s fan.

The clouds over the Shenandoah Valley were impressive.

I picked up a couple of books at the Book Fair — some writing reference books, some history books (including Gerry Wills’ Negro President, a book on Thomas Jefferson which I’ve wanted to read), even H.A. Rey’s The Stars. (Yes, the creator of Curious George wrote a book on astronomy. It’s really, really good.)

I took a few more pictures before I hit the expressway, these from the 7-11 that stands where Stuckey’s used to.

Google Maps has always suggested the York-Harrisburg-Harrisonburg route, and I’ve never tried it. This seemed like the time to try it.

What I loved about the journey through the Shenandoah Valley was how I could see the shadows of the clouds on the mountains. There are places where you can see the foothills of the mountains on both sides, and it’s in places like this that you can “feel” the wonder of nature.

I don’t think I’d ever been through the Chambersburg-Carlisle area, and I was intrigued to find how much it resembled Rockingham or Shenandoah counties in Virginia. I shouldn’t have been; the Great Wagon Road was the route west for settlers during the colonial period, and it took people from Philadelphia west to Chamberburg and then down into the Shenandoah Valley and then points south. It’s all one valley; the Shenandoah is just one small part of a larger geological feature, one which, intriguingly, includes the Scottish highlands, thanks to continental drift.

The further north I went, the less interesting the clouds became. The shadows on the moutains ended near Strasburg, and by Winchester the mountains were much further away.

North of Chambersburg, the traffic on 81 thinned out. I saw many Little Debbie’s 18-wheelers.

All in all, the trip was long but pleasant. No real traffic jams, except for traffic snarls around Martinsburg and Hagerstown thanks to construction.

I’m not sure I’d make the trip in quite that way again, but it was certainly an interesting experience.

I forgot how much I enjoyed long distance driving. I enjoyed seeing the world passing by, bright and vibrant in the afternoon sunshine. It was a pleasant expereince, a mentally relaxing way to end my unplanned road trip.

I should go driving more often. 🙂

One thought on “Scenes from a Road Trip”